Apathy strikes 90% of people with dementia, sooner or later. Faster decline and care problems result. Proper stimulation makes all the difference. Learn why.

People with dementia are less likely to be apathetic if they live in an appropriately stimulating environment, according to nursing researchers.

According to a report by The Centers for Disease Control, about half the people in nursing homes have dementia. 90% of them experience apathy at some point, one of the most common neurobehavioral symptoms in dementia. Those with mild dementia will decline more quickly into severe dementia if they also suffer from apathy.

A stimulating environment made all the difference in this revealing study of 5 factors. Specifically, moderate stimulation did the most to lift people out of their apathy, while none or too much made it worse.

Jao observed 40 nursing home residents with dementia. She watched videos of each taken throughout a typical day. Three videos were chosen for each resident from recordings made during a previous study:

Jao reports her results in The Gerontologist. She said,

‘The purpose of this study was to examine the relationship between environmental characteristics and apathy in long-term care residents with dementia. My interest in apathy was mainly driven by my clinical observations in nursing homes when I was a nurse practitioner student. I remember that no matter which nursing home I visited, I often saw a crowd of residents sitting in the living room or hallway with no interest in the surroundings and no emotional expression.’

5 Influences on Apathy in Dementia

Jao zoomed in on five key characteristics that affect the quality of life in nursing homes:

Of the five, clear and strong environmental stimulation associated most strongly with lower apathy in residents. This means an environment without competing background noise, and with a single straightforward stimulus. A good example is music therapy in a quiet room. A strong stimulus is intense, persistent, interesting and out of the ordinary. Even routine activities, such as a regular conversation or meal, count as moderate stimulation. A birthday party is considered strong simulation.

‘One of the innovative features of this study is that we used the Person-Environment Apathy Rating scale to measure environmental stimulation at an individual level. I believe that the same stimulation may be perceived differently or bring about different responses for different individuals in the same environment based on the individual’s characteristics, interests and relevance to the stimulation. In fact, a stimulus may be clear to one person but unclear to another because of differences in hearing or visual abilities, especially in older adults.’

‘One of the most important implications of these findings is that they will guide us in designing appropriate physical and social environments for dementia care that helps prevent or decrease apathy. We need more people to care about apathy for older adults with dementia.‘

Jao plans to continue this research by replicating the study with a larger sample size and by looking more closely at the quality of interaction and communication between nursing home residents and their caregivers. 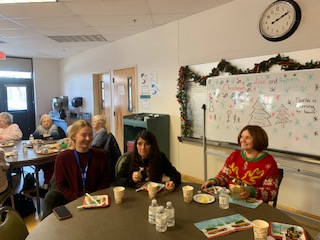 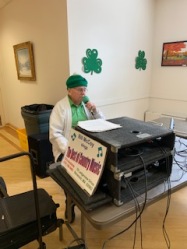